We would like to update our fellow Canadian-Armenians on the Twitter statement by the Canadian Embassy in Turkey following the Presidential and Parliamentary elections held in Artsakh on March 31, 2020.

For the past few days, AGBU Canada has communicated with various Canadian officials at the Department of Global Affairs, the Government of Canada and Members of the House of Commons to express the utmost disappointment of Canadian-Armenians to the deplorable statement coming out from the Canadian representation in Ankara.

AGBU Canada has and will, at every opportunity, reiterate to Canadian officials that Artsakh is an existential issue for Armenians. Our brothers and sisters have earned Artsakh’s rightfully deserved freedom and safety through unimaginable sacrifices, preventing yet another Genocide.

Canada, as a champion of human rights and a beacon of freedom in the world, has the imperative role to staunchly encourage democratic values, specifically in the South Caucasus. The People of Artsakh, like all nations of the world, have the undeniable right to choose their destiny and to live freely in security.

On March 31, 2020, the People of Artsakh exercised their democratic right to elect their next President and Parliament. The conduct of these elections should be the envy of their neighboring country.

Free and democratic elections in Artsakh are what is exactly needed for a peaceful future in a volatile region. Global Affairs Canada should applaud those efforts in Artsakh instead of unwisely undermining the peace process.

The OSCE Minsk Group, Canada and the International Community know far too well that the only viable solution to the Nagorno-Karabakh conflict is through the free will of the People of Artsakh.

AGBU Canada is confident that the Canadian government will rectify this situation and continue playing a positive role in this conflict, for the sake of peace, human rights and justice. 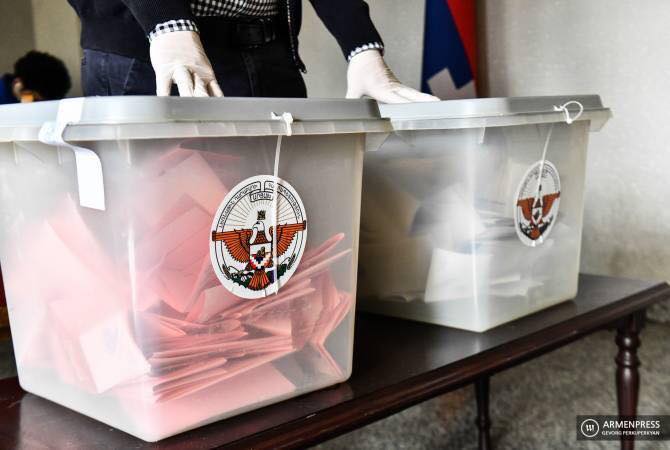