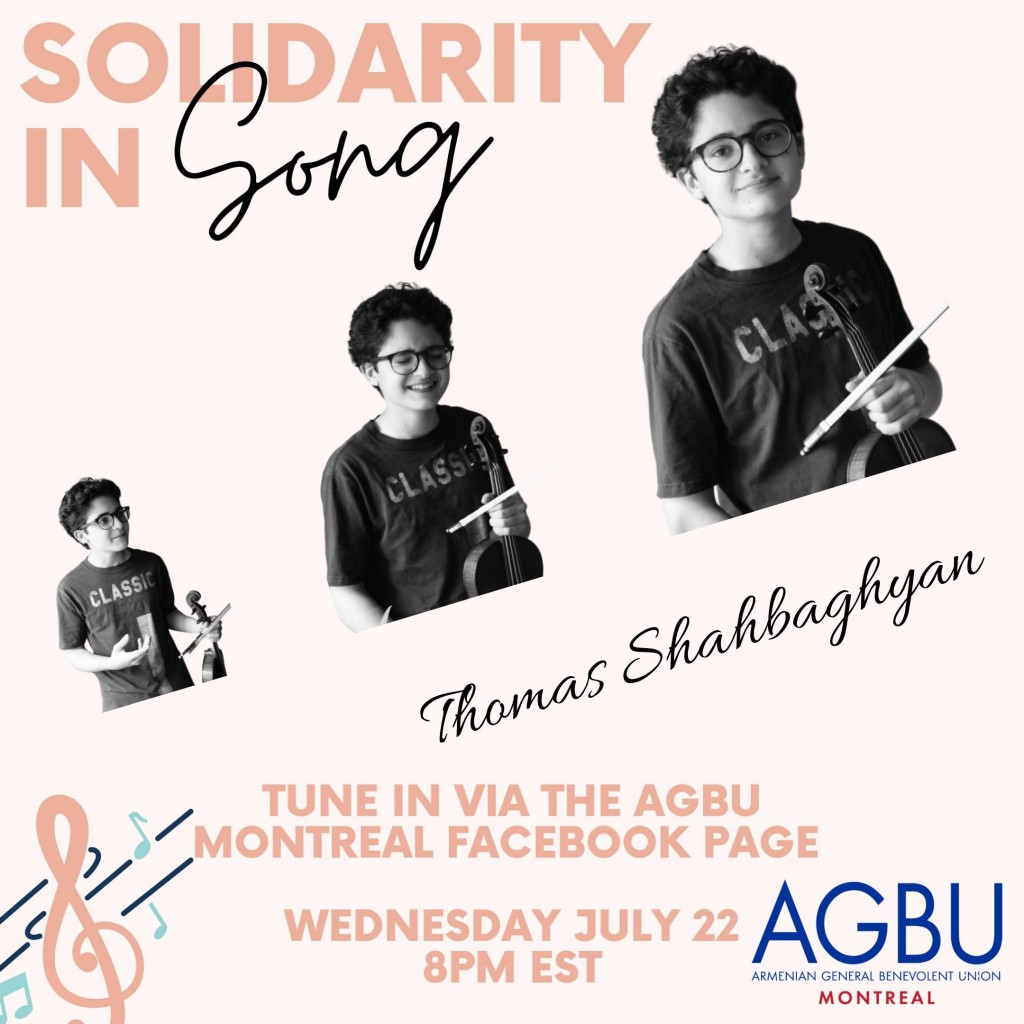 We continue our Online Concert Series “Solidarity in Song” initiated by AGBU Toronto. Next Wednesday, July 22nd we will enjoy the performance of Thomas Shahbaghyan.

Thomas Shahbaghyan was born in Montreal in 2004. He began taking violin classes with Ms. Lucine Balikian before turning 4 yrs old.
From 2013 to 2019 Thomas studied in the Montreal Conservatory of Music in the class of Ms. Andree Azar.

He participated in a number of festivals and competitions across Canada, always taking the top prizes and awards.
In 2017 Thomas participated at Gregory Charles’ ‘’Virtuose’’ program at Radio Canada and became a member of ‘’Virtuose Orchestra’’. They gave a number of concerts across the Province of Quebec, including Festival de Lanaudiere, OSM’s Cassical Spree performance at Maison Symphonique de Montreal and Montreal 375th anniversary celebration.

In 2018 Thomas participated at Pinchas Zukerman’s Young Artist Program in Ottawa and later at Mozarteum Summer Academy in Salzburg, Austria.
From September 2019 Thomas studies at Pre-College Division of Juilliard School of Music in the class of Prof. Lewis Kaplan.