From Refugee to Global Citizen

From Refugee to Global Citizen

November 2015 saw a wave of Syrian refugees resettled in Canada as part of the government’s coordinated efforts. From November 2015 to February 2016, more than 25 000 Syrians were welcomed into the country, and by 2016, that number had risen to nearly 47 000. Former Montreal AGBU Executives Armen Bchakjian and Aram Yacoubian were not willing to sit on the sidelines watching helplessly as family after family sought comfort in a foreign land. They wanted to take action to support these families in any way they could.

In 2014, the pair began planning and rallying the community to create what would become the Hayortyats Or Saturday school project, a place where youth could come to feel at home, enrich their knowledge of Armenian culture and engage in a variety of exciting activities such as theatre, dance, photography, chess, film editing, choir and painting.

After extensive discussions with the Central Board of AGBU, the program launched in January 2015 under the direction of Chairperson and Director of Hayortyats Or, Anahid Manoukian, a former nurse and teacher. The project has just celebrated its fifth anniversary of operation. “Our main idea was to try to create a familiar environment and bring all the Armenian children together in a fun and relaxed way,” says Manoukian.

Although the program takes place at the Alex Manoogian School in Montreal—the first Armenian school to open its doors in Canada—Hayortyats Or’s activities were also made available to students who could not, for financial reasons, attend an Armenian school in Quebec. This outreach provided a vast opportunity for Armenian youth aged five to sixteen years old from in and around the city to come together in a healthy, dynamic atmosphere, setting the stage for new friendships to form while maintaining a sense of belonging.

A project as extensive as this requires resources, both in funding and people. Hayortyats Or is organized and run by three distinct groups. Seven members of the community form the Hayortyats Or Committee, who oversee decision-making and the program’s general progress. The various subject teachers, who are all professionals in their respective fields, make up the second group. Finally, the Parents Committee offers their support by preparing and serving healthy and delicious lunches at noon hour every Saturday.

Hagop Arslanian, an AGBU Montreal Executive Board member who has been involved with the project over the past few years, firmly believes in the long-term success of the program—which requires myriad moving parts—from sponsorship funding, to redesigning courses to adapting innovative teaching methods. Parents contribute a nominal per-semester fee which helps to offset the cost of materials, equipment, qualified teachers, etc. Funds raised go directly to the AGBU, who in turn regulates the spending on Hayortyats Or’s day-to-day operation. In addition to funding the activities, the AGBU also covers the cost of bus transportation made available to students in some parts of the city.

Every Saturday throughout the academic school year, the program runs from 9:30 am to 3 pm. Students are grouped according to age and can participate in a variety of thematic classes with something for everyone to enjoy.

The stars of Hayortyats Or are the students, and they are quite literally called “The Stars” in the youngest group of learners, aged five to eight years old. This group of students engage in age-appropriate activities such as Lego, K-Nex, table games, watercolor activities, and learning Armenian poetry and songs. Other students fall into in the 9-14-year-old group or the 14-16-year-old group, who are considered part-time students taking one or two subjects throughout the day.

The Armenian language course is taught to students who speak Armenian but are not familiar with the alphabet and a more advanced class is available as well. An Armenian history and heritage course rounds out the cultural programming and approximately once a month, the students are joined by Armenian Virtual College (AVC) based in Armenia.

The Chess class is available to both beginner and advanced players, and here students are also joined by AVC in addition to chess puzzles and online games, all culminating in an end-of-year tournament.

Photography class is another favorite, where students learn the ins and outs of using old-fashioned equipment right along with modern digital ones. Students even have access to a dark room to learn how to develop their pictures. “Armenia has many well-known photographers so photography is considered as an Armenian heritage too,” says Ara Samson, who teaches the classes. Samson, who has taught photography at the College of Fine Arts in Baghdad-Iraq, has seen many of his students take an acute interest in photography outside of the Saturday school program, citing an example of a student who has begun to take jewelry photos for a store owned by his father, or other students who have been selected by their schools to take event photos because of the skills that they have learned in Samson’s classes.

For those who are more inclined to draw or paint, two classes are offered. For youth aged seven to eleven years old, basic drawing and painting skills are taught, including freehand. More advanced techniques are taught to the 12 to 16-year-old students. Students in both groups learn to describe their artwork using specific terminology. The history and evolution of art and its impact on history, music and sociology are also addressed.

For the more musically inclined, flutes and drums are available to students in the choir, who learn traditional Armenian songs.

In a technological world, students who attend Hayortyats Or are well-positioned to fulfill their future roles as global citizens. In 2018 the Future 101 class was introduced, in which students are taught concepts related to financial management and business, AI, blockchain and internet safety, to name just a few.

In June 2020, Ontario Premier Doug Ford announced that the mathematics curriculum will now include coding and personal finance as of grade 1. Arslanian says that this announcement is encouraging to the program’s organizers, as it validates their efforts to continually reinvent and improve the Hayortyats Or project while renewing their commitment and confidence in the quality of services offered.

In the Film Editing class, students learn real-world skills such as filming with a green screen, modern editing effects, and the manipulation of audio. Students work toward and end-of-year video project to demonstrate their learning.

This past year a brand-new class called 5G was introduced. Students learn about cutting-edge visual programming techniques used in the creation of online projects, games, interactive stories and apps.

Tying it All Together

Regardless of their age or subjects taken, all students are provided the opportunity to present what they have learned to their parents and friends at the end of the year. Manoukian says that this project has helped so many children in different ways over the years. “They learn to relax, to make friends…to enjoy themselves in a stress-free environment,” she says. “Some of the younger ones come to us very shy and not talking much, and six months later the parents tell us they can’t get them to stop talking!”

In fact, many of the children who participated in the project in its inaugural year are now 18 years old and continue to come back just to volunteer or help in any way they can.

Arslanian believes that the vitality of this program is thanks to the fellowship within the community—a consistent, solid determination to go above and beyond. When a community pools its strengths and resources to create an environment that is dynamic, safe and engaging for its youth, one can surmise that the future generation will not only look back fondly on what they learned and experienced at Hayortyats Or, but that they will remain connected to their community and culture in a healthy and productive way. 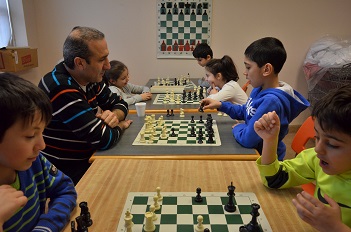 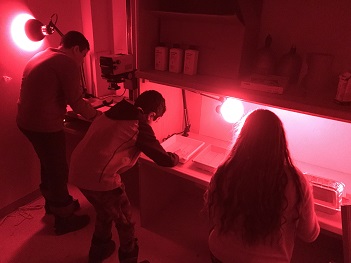 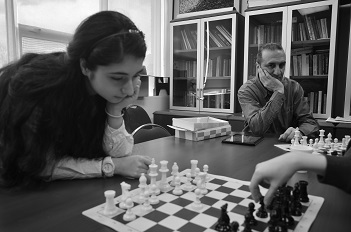